I have been told countless times never to name your farm animals. The fear is that at some point in time you may have to destroy the animal, and by giving it a pet name it would cause significant mental trauma were this to occur. And by putting the animal in "pet status" you couldn't deal with the animal in an objective fashion. It no longer is a farm animal, it is a member of the family.

Well, I have decided to make an exception, by naming my new rooster Fred. 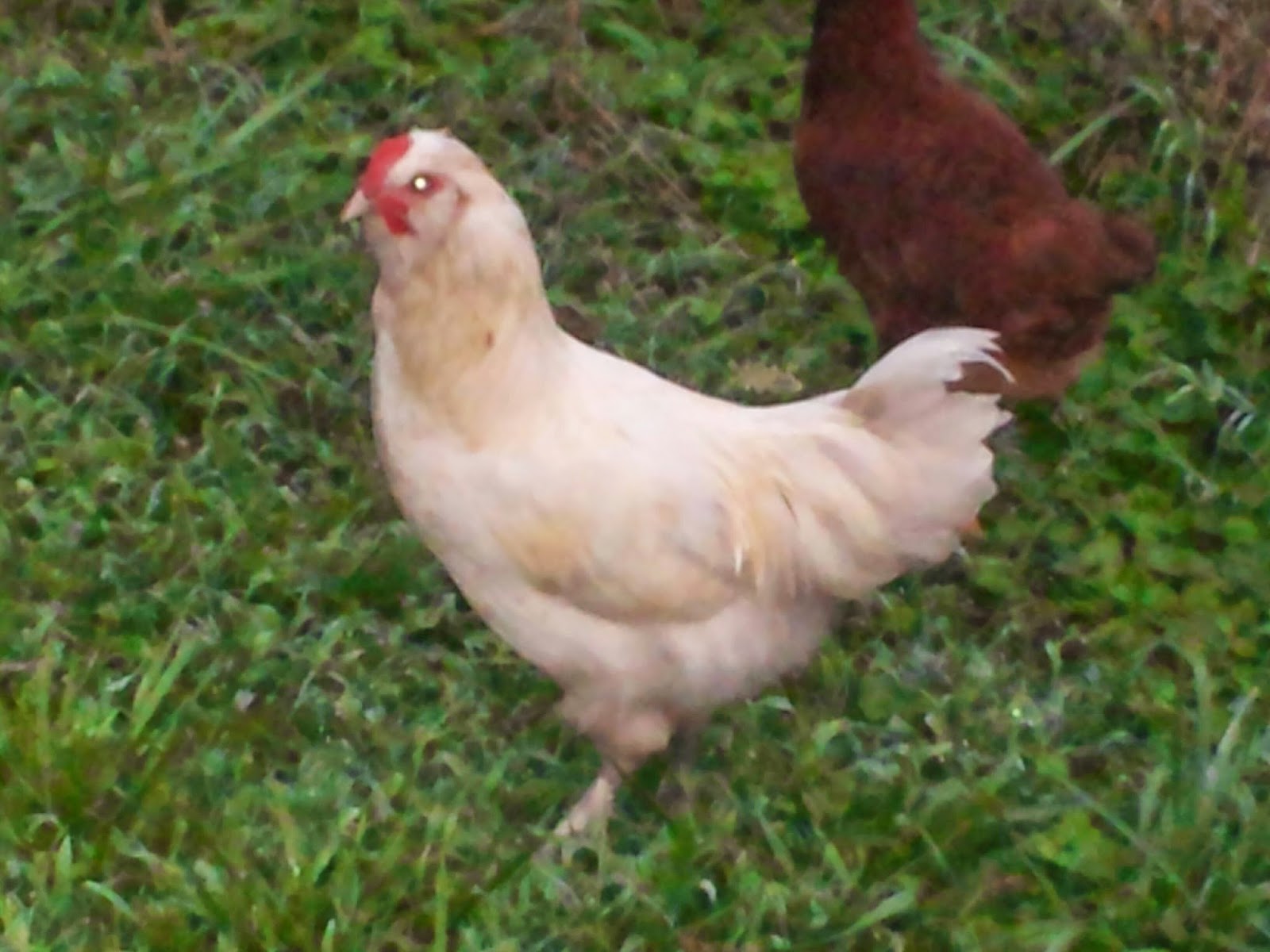 This rooster came to me courtesy of my brother, who blessed me with six chickens a few months ago. Turns out that not one, but two of these chickens were males dressed in hen's clothing. Trojan horses so to speak. Which basically means my egg laying capabilities have been reduced by a third (actually more than that since one of the chickens bit the big one for who knows what reason).

So, much like a new parent trying to figure out a name that would best fit their newborn child, I sat and reviewed dozens of possible names for this rooster.

Woody: This is really a woodpecker's name, not a name for a rooster.
Reginald: Sounds very regal, but this rooster has feathered feet and makes it seem so fairy-like
Butch: Now there's a name for a rough & tough rooster, but that's not really the vibe I'm getting for this bird
Gorgeous George: Sorry, my affection for this rooster is fairly shallow
Roo: Too simple
Big Bird: Really, this is the best I could come up with ?
The Poop Nazi: I suspect all the other hens can out produce this rooster in this category

The fact is, this bird was the first to escape the pen and spend a night out of its coop all alone and live to talk about it. While the other birds are pecking away at their food, this bird wanders around the coop wondering where all the pecking is coming from. As birds go, not too bright. But none of these things really bother me.

What bothers me is that this rooster starts cock-a-doodle-do'ing starting at about 4 in the morning, and it is non-stop until I let all the birds out of the cage in the morning. Now ordinarily I am up that early, but to hear this noise that early makes your skin crawl. And then if it feels like it, it continues this attention getting noise throughout the day. The other rooster follows suit for a short period of time, but it doesn't quite have the pipes this one does.

My brother says this is an Americana, so it stands to reason that it needed an all-American name. So the name Fred popped into my mind. I guess somewhere along the way a Fred must have been rather annoying, which immediately reminded me of this association with Fred name.