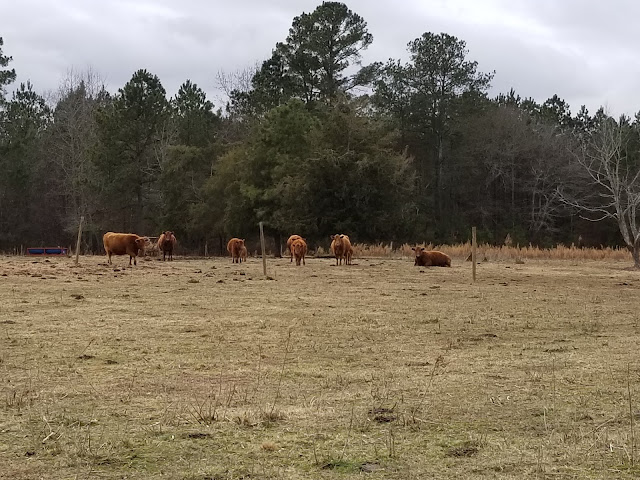 I have decided that cows are only happy when you're feeding them. Other than that they are highly suspicious animals that look at you as if you are the carnivore you really are, though they have no evidence to back up their claim. And even with all the "good" you think you bring to them, they wouldn't hesitate a moment to head butt you into the next field or trample you if you force them to do something they don't want to do.

So here I am, driving into the pasture with a pickup truck full of picks and shovels so that I can spend the day trying to get them water. Obviously not having water is all my fault, and the look on the cows confirms they firmly believe that, as they stare at me wondering what I am planning to do, this time. The fact that the hydrant froze, splitting the cast iron head, meant at some point I needed to get up there to replace the unit. It still provided water so I could fill the troughs, and this alone allowed me, or so I thought, to postpone the repair until it got a little warmer. This however was not the cow's plan, as they used the hydrant to scratch their faces which eventually broke the hydrant off from the water line that was 2 feet under the ground.

Cows need water, especially those that are still feeding their calves. When you are a 2000 pound animal, water is pretty important. There was a day several years back when the water was frozen and I painstakingly carried up 5 gallon pails of water to meet this need. Two at a time I would trudge through the snow, place these down maybe 10' or so apart, step back and watch them slurp the water with about as much effort as a deep inhale.  And then I would go back to the house, fill the pails and repeat the process. The problem with this well-meaning endeavor was that once all the cows knew that the pails contained water, there was this fight to get to the pails first to have their thirst quenched. 50% of the time they pushed the pails over, with no consideration as to the effort it took to carry them there. So let's see.....8 cows = 8 pails of water. Spilled 50% of the time meant 16 pails were required. 8 trips then to get them enough water, at two times a day.

This time was different though. I gave the cows some tough love and said, "Screw it.....eat the snow!" I wasn't going to go through that hassle and not be appreciated. So I waited a few days watching the snow melt, the ground to soften a bit (it never really did), before I ventured out there to dig a trench 25' long, 2' down, through frozen tundra.

Hydrants are a common thing out here in rural America. In theory they are designed to shut off the water below the frost line so when you need water in the winter you can still have it. But if water gets trapped in the hydrant at any point, it can still freeze and possibly expand and break. Hence what happened here with a hose attachment that didn't allow the water to drain as I thought it should.
Oh well, job completed....Dave's happy, even if the cows aren't.