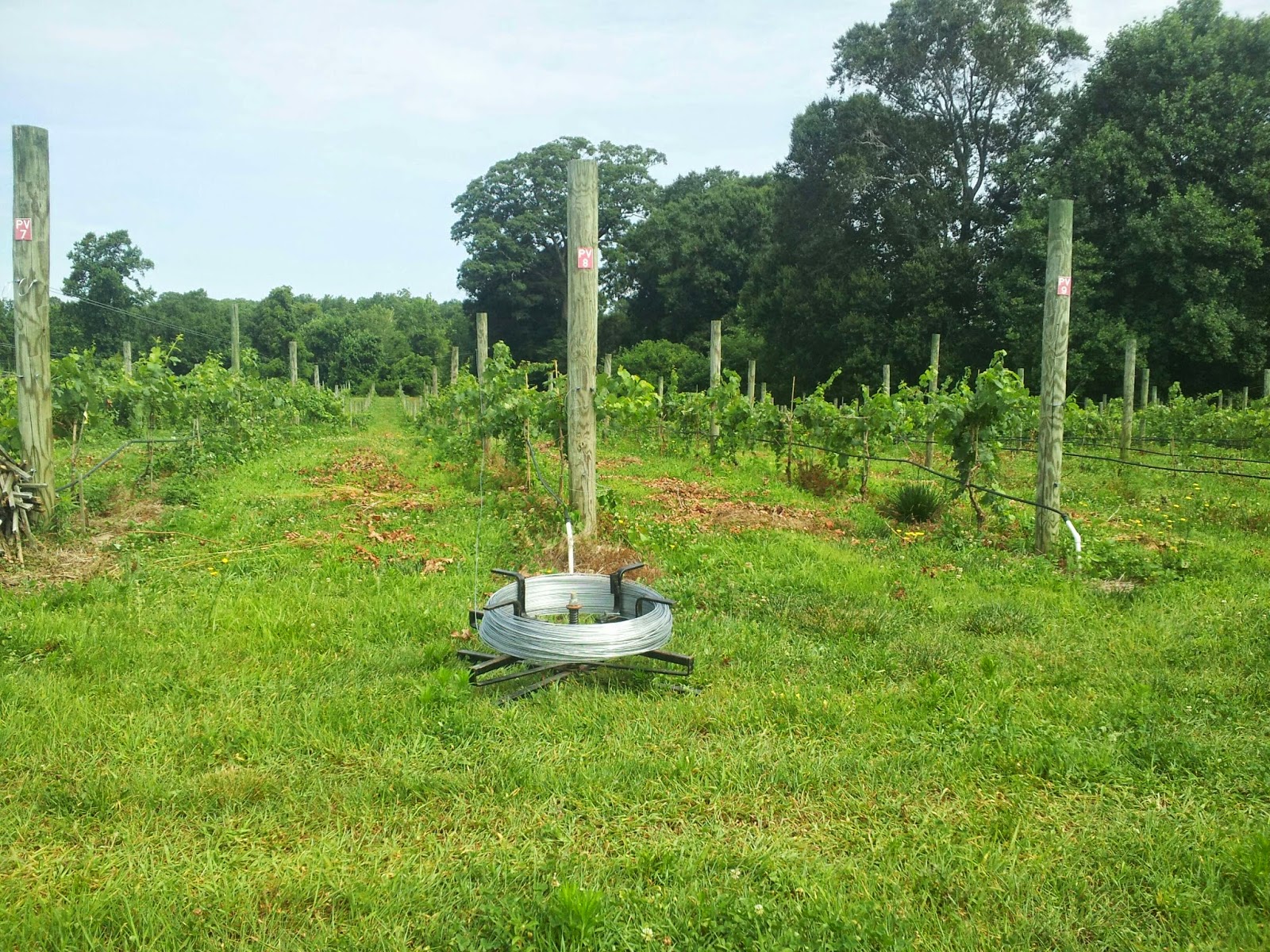 As pictures go, this one isn't very exciting. What you are looking at is a Spinning Jenny. Don't ask me where the name came from, but I suspect it was some farmer's raw sense of humor when he designed this apparatus and named it after someone near and dear to him.

The roll of high tensile strength wire weighs about 80 pounds, and is made up of 4000' of coiled wire. As the vines grow, there is a need to add wire to the trellis to allow the tendrils to grab onto something as the vine lengthens and, theoretically conforms to a shape that the vintner thinks will provide the best pattern for vegetative as well as reproductive growth (i.e. the grapes).

These particular rows of Petit Verdot are 408' long, with each row having 68 vines planted within them. There are 6 wires required in each row, so this particular row is going to need just shy of a half mile of wire to be dragged into position and held in place by a barbed staple at each line post.

Now let's consider the weight involved. Each vine, when fully mature, will yield enough grapes to make about a half case of wine, more or less. And when you figure the liquids are about as heavy as the skins,seeds, and stems that are removed in the process, that means each vine represents a case of wine hanging in position when it comes time to harvest. So if you do the math it comes to about 1300 pounds of grapes will be hanging from these wires in just one row.

I spent the day dragging the wire for these grapes, holding on to an end and then walking down each row while inserting the wire through a staple that had been previously hammered in position.. The spinning jenny makes it an easy process, allowing the wire to unwind as it is being pulled. It was a productive thing to do, since I had sprayed them the day before; the re-entry period before I could actually continue working on the vines is over a day. It is a milestone project, for it means that next year we should start seeing a good harvest from Block 2A. The brown color you see in between the rows are the prunings I made from a prior day; the bush hog mower will shred these up and allow them to decompose and re-enter the soil.
Posted by Dave at the Vineyard at 1:50 PM