It Really Stinks, But Someone Has To Do It

We've finished our general trellis repair and now it's time to get to  the spraying. We have about 9 acres of grapes now, in two locations, so the spraying is going to take quite some time. And it's not just one type of spraying, but three. 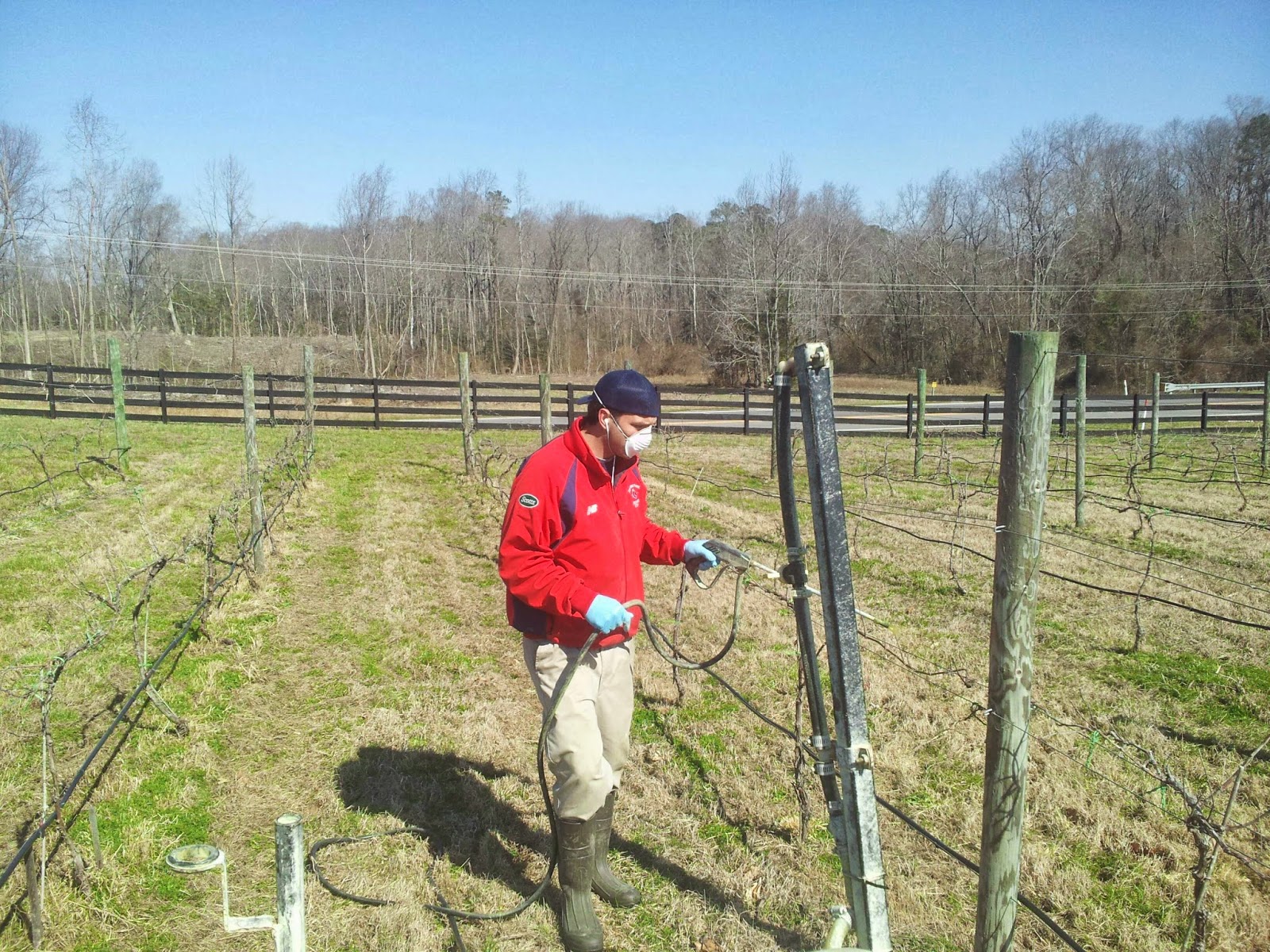 Rich is seen in the photo, spraying lime sulfur with a hand held wand on each of the grapevines. It is a boring process, but he is listening to Led Zeppelin or some other oldie on his iPod as he waves the wand over the trunk, cordons, and spurs. What we are trying to do here is attack latent fungus from the previous season, and to do this all the exposed wood is being saturated with a lime sulfur solution while still in the dormant stage. The lime sulfur smells like rotten eggs, and no matter how careful you are, or how covered you try to be, the smell permeates everything and stays in you nostrils for days.

My job is to ride the tractor, pulling the spray tank behind me. Rich yells at me a lot, as I go too fast or go too slow tugging on the hose he is holding in his hand. His real goal is to get back and watch the NCAA basketball tourney in the afternoon and it's my purpose stay ahead of him at his pace. Not that easy when you figure each vine is different and requires more or less attention by Rich to do the spraying properly. It is not just setting the gear speeds and steering the machine; my neck will ache for a week from constantly turning to see exactly where he is.

Tomorrow we start spraying the pre-emergent under the vines. We use a chemical called Surflan, which leaves a bright orange stripe under the wire......almost makes it look like the soil was tilled. This stuff prevents new weeds from germinating in the next few weeks as Spring comes upon us. We have the equivalent of 2 1/2 solid acres to spray with a wand....it'll take forever.